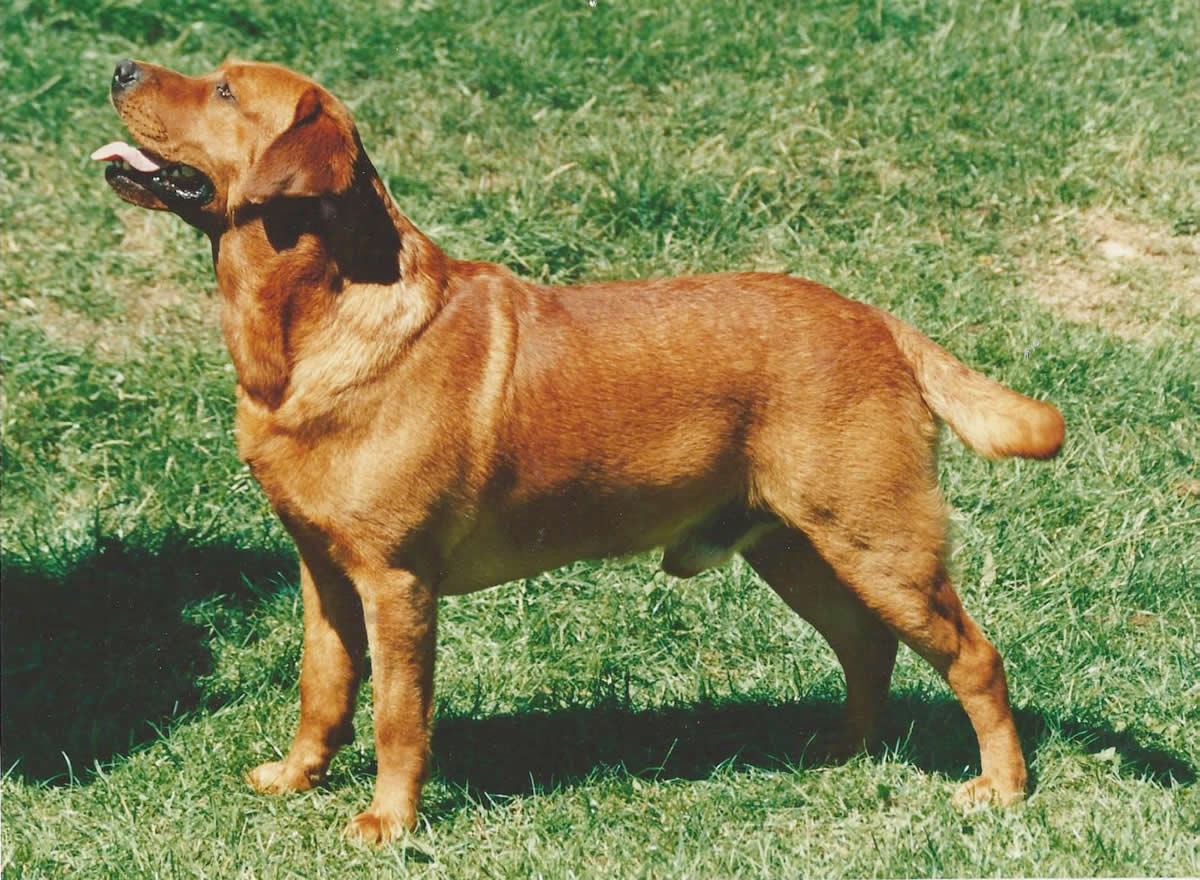 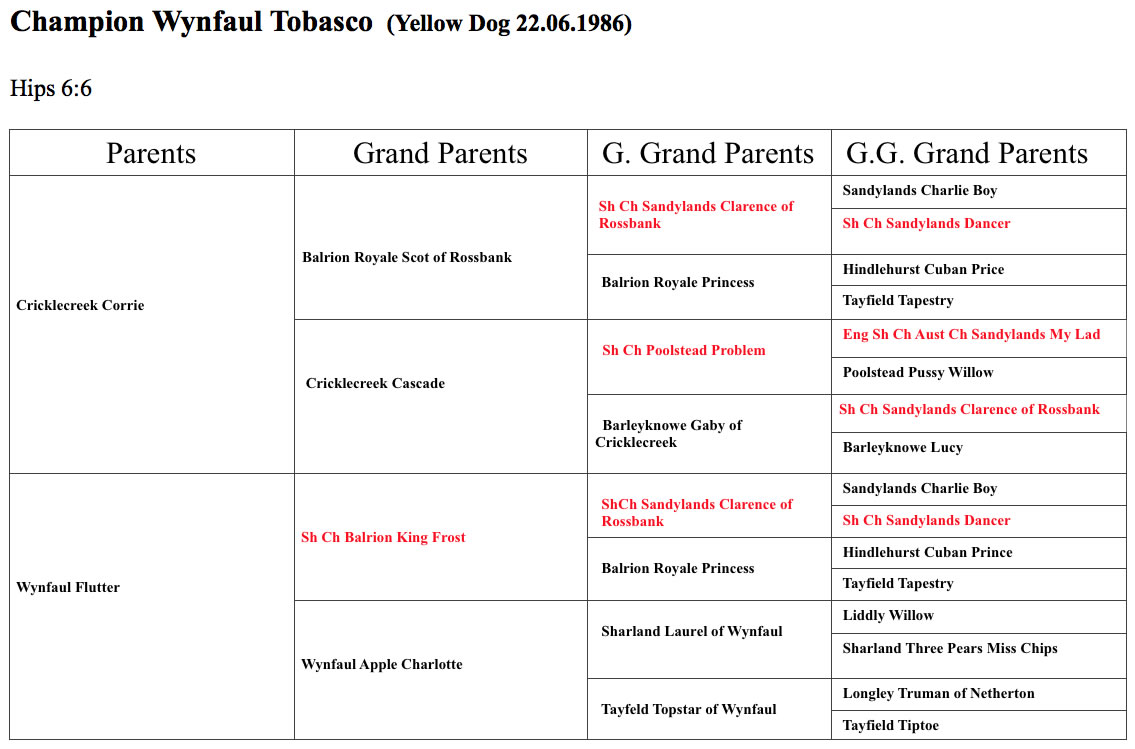 Tobasco is the motivation behind this website. I see much written about him that is not true! I want to put the record straight. I DID NOT set out to breed the colour, I set out to breed a healthy, kind, easily trained labrador that is a pleasure to live with 365 days of the year. This is still the blueprint

Tobasco was one ugly baby puppy, I cannot take the credit for spotting his potential. I remember when Lorna Blackie (Cricklecreek)and Helen Stevens(Rossbank) came to see the litter frantically justifying keeping him by saying he was going to be in the stud book with a Field Trial award!

The positive points were good bone, coat, pigmentation, and he was always a good mover. However, his body looked like the middle out of a toilet roll, he stood with his front legs pointing at ten to two, he had no neck and at one stage you could hold his ears together at the end of his nose. Despite this Basco was staying, why? Because the three children adored him and threatened to leave home and phone child line if he was ever sold!

This is a picture of him at about 5 weeks. 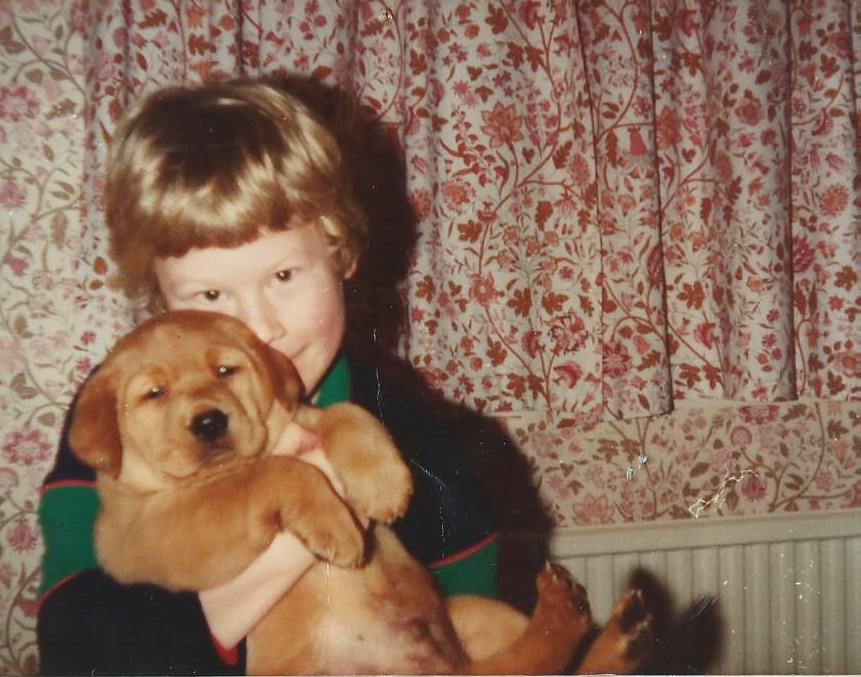 Early on he was very big for his age, I don’t think he was shown in Minor Puppy or Puppy. At some point his ears stopped growing, his neck grew, his chest deepened and widened pushing his front legs out. When he was 10 months old he had his first wins, Junior and Maiden at the Labrador Club of Scotland Champonship Show in 1987 the judge was Carol Coode, (Warringah) Carol was the first judge to spot his qualities. He was not a big winner he had only eight wins before his first Challenge Certificate. His three Challenge certificates were awarded by Anne Taylor (Fabracken) the late Margie Cairns (Blaircourt) and the late Eileen Ellison (Knobly). He passed his Show Gundog Working Certificate at a grouse trial, before his third ticket. After gaining his title he was hardly shown, too busy picking on shoots, and that is the tale of Tobasco, described on the internet as the forefather of the modern fox red Labrador.

Lucky the children picked him out.

All images by kind permission and copyright of their respective owners - Sharon Rogers | Nolene Dodd | Brian Yeowart | David Bull No part of this site or its content may be reproduced, stored in a retrieval system, or transmitted in any form or by any means - electronic, mechanical, photocopying, recording or otherwise - without the written permission of the copyright owner.